Probably THE best track on the album. Welcome back Em!

I'm just so fucking depressed, I just can't seem to get out this slump
If I could just get over this hump,
but I need something to pull me out this dump
I took my bruises, took my lumps, fell down and I got right back up
But I need that spark to get psyched back up,
in order for me to pick the mic back up
I don't know how or why or when, I ended up in this position I'm in
I'm startin' to feel distant again, so I decided just to pick this pen
Up to try to make an attempt to vent, but I just can't admit
Or come to grips with the fact that I may be done with rap,
I need a new outlet
And I know some shits so hard to swallow,
but I just can't sit back and wallow
In my own sorrow, but I know one fact, I'll be one tough act to follow
One tough act to follow, I'll be one tough act to follow
Here today, gone tomorrow, but you'd have to walk a thousand miles
In my shoes, just to see, what it's like to be me

The Art of Distraction. 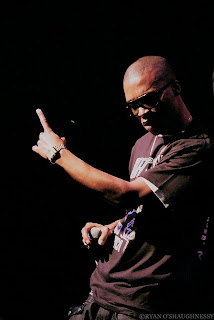 Add in another bag with just sneakers and the bags of my entourage and you can pretty much see the picture…"Robot Rock," by the way…

For this entry I wanted to let ya’ll in on a little secret…I’m here to distract you…yup yup that’s right…me and all my fellow brothers and sisters in the wonderful world of entertainment are merely distractions to keep you from focusing on what’s really goin on in the world around you…Spooky ain’t it?Now, this aint a grand conspiracy to trap your mind and transform you into mindless uniformed cogs in the machine…Or is it? Some distraction is necessary and even therapeutic…"HEY look a flying saucer!!!" and as you look up, I pull the splinter out of your finger or something…or other methods to draw attention away from the pain so the problem can be fixed…sorry kinda rambling…anyway, the point is, music, movies and TV are mediums of distraction used to kinda numb the pain, which in cases where the message within the distraction is one of an informative and positive uplifting nature it can be very good thing.

The danger lies where the message in the distraction is one of destruction and cannonfodder. These distractions are the ones that flood media today and really nothing meaningful is extracted from these…and believe you me that the distribution of this kind of information is done very deliberatly by the powers that be…the goal of this society is not to uplift and meaningfully inform, because that is not its nature…The nature of this society is to gain capital and maintain an unfair balance of power that resides in the hands of the producers…Consumers are meant to do just that: consume…To inform the consumer in a meaningful manner means to empower him and give him aspirations to become a producer…The producers know that this is a threat to to their position of power. If consumers all of a sudden start wanting to become producers themselves and become aware of the tools to do so, it upsets the balance and starts making things fair and harder to gain capital because people would just consume the goods they produce themselves…which goes against the nature of the society…So to maintain society, the consumers are kept dumb…and not just on a level of intelligence, because truthfully the consumers are either on the same level or even smarter than the producers…the consumers are kept dumb on all levels from the knowledge of opportunity to how to grow food to the operation of a sewing machine…

Ask yourself, did you create any of the items in the room you are sitting in right now?…Secondly, do you know where they came from?…The raw materials used to make them?…Their origins?…The process that renders the raw materials into usuable materials?…Can you produce any of the food in your refridgerator?…If u can’t (and trust me, I can’t either) I think you pretty much know where you stand…and I don’t think 98% of the magazines or newspapers or CDs or movies or television programs are going to teach us how…I mean, who owns the companies that distribute these things???…I bet you know the correct operation of a semi-automatic firearm and the ingredients and cooking instructions to make freebase cocaine and the proper technique of felatio and the winner of the last NBA championship and how Paris Hilton looks naked and that Christopher Columbus discovered America and how much a Maybach costs and…Hey, me too!

"Why kill you when I can just not teach you and get the same results?"-A Real Gangster

-Lupe Fiasco
Posted by Hanakorei at 5:22 AM No comments: 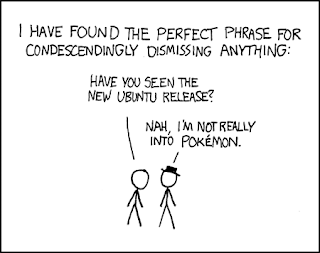 .lol.
*or something like that*
Posted by Hanakorei at 2:31 PM No comments:

Your face will be the reason I smile
But I will not see what I cannot have forever
I'll always love ya, I hope you feel the same

Posted by Hanakorei at 10:25 AM No comments:

Where have I been!!! 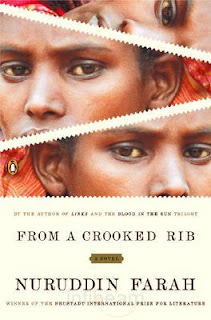 'God created woman from a crooked rib and anyone who trieth to straighten it, breaketh it' - Somali Traditional Proverb...in English ofcourse (Hehe).

From a Crooked Rib" is a beautiful, sparse, subtle account of the experience of a girl named Ebla, who runs away from her rural family, settles in Mogadishu, the capital, and marries an educated man with unhappy results. Told with complete conviction from a woman's point of view, the story is a moving celebration of the human spirit and challenge to traditional male chauvinism.
Posted by Hanakorei at 7:23 PM No comments:

Posted by Hanakorei at 5:05 PM No comments:

Write on Africa is a non-profit initiative that aims to create artwork in Africa for inspiration, social change and urban rejuvenation. They work with local artists to create beauty on ordinary walls in some of the poorest communities in South Africa. Write on Africa’s immediate aim is to inspire and rejuvenate with color. In the longer term, they hope to share skills with youth in these areas to empower, express and uplift themselves and their communities. 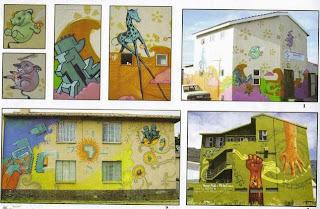 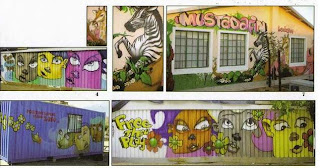 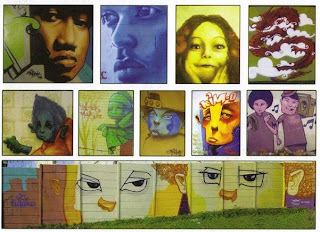 Posted by Hanakorei at 11:08 AM No comments:

Out of infinite longings rise
finite deeds like weak fountains,
falling back just in time and trembling.
And yet, what otherwise remains silent,
our happy energies—show themselves
in these dancing tears.

-Rainer Maria Rilke
Posted by Hanakorei at 2:44 AM No comments:

"He has forbidden you only the Maitah (dead animals ), and blood and the meat of swine and that, which is slaughtered as a sacrifice for others than Allah (or has been slaughtered for idols on which Allah’s Name has not been mentioned while slaughtering). But if one is forced by necessity without willful disobedience nor transgressing due limits, then there is no sin on him. Truly, Allah is Oft Forgiving, Most Merciful" - Al-Baqarah 173

Scientists claim that swine hosts in its body a big number of parasites and that more than 50 kind of them affect human beings. It is classified as diseases, which are common between animals & human beings.

Today in most muslim nations, muslims are found enjoying a good health since swine meat is forbidden. On the other hand other nations who follow the western style in their feeding constantly suffer from diseases that are wholly linked to the habit of eating swine meat.

Subhan-Allah! It's just one of those times when you KNOW you lucky! Boy am I glad...But imagine the irony if I do die of ''swine'' flu! Matta fact let's not imagine that at all...Get that filty thought outta your head! 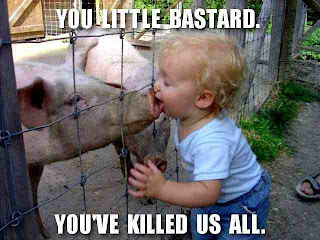 Posted by Hanakorei at 7:30 AM No comments:

Hanakorei
I was not born in the land I belong to.