Banksy is a quasi-anonymous English graffiti artist. His artworks are often satirical pieces of art on topics such as politics, culture, and ethics. His street art combines graffiti writing with a distinctive stencilling technique.

In August 2005, Banksy painted nine images on the Israeli West Bank barrier, including an image of a ladder going up and over the wall and an image of children digging a hole through the wall. 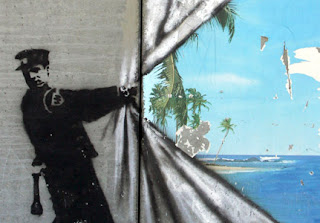 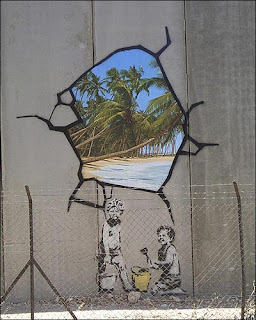 Banksy's feelings about the barrier are made explicit in a statement which says the wall "essentially turns Palestine into the world's largest open prison."

On Banksy's website, readers are reminded that Israel's 425-mile-long West Bank barrier, separating Israel from the Palestinian territories, is considered illegal by the United Nations. 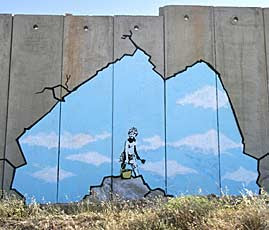 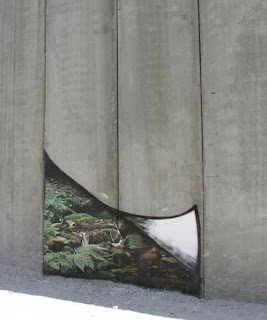 Banksy also records on his website how an old Palestinian man said his painting made the wall look beautiful.
Banksy thanked him, only to be told:
'We don't want it to be beautiful, we hate this wall. Go home.' 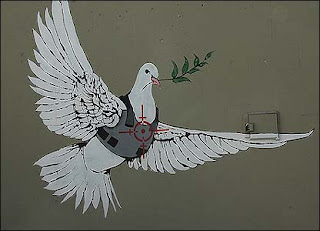 "Sometimes I feel so sick at the state of the world I can’t even finish my second apple pie."
- Banksy -
Banksy's Webby
Posted by Hanakorei at 2:26 PM

Hanakorei
I was not born in the land I belong to.